This article intends to acquaint the esteemed reader with the most recently enacted laws and instruments to protect foreign investments in the People’s Republic of China. Specifically, this article aims at analysing the new complaint handling mechanism for foreign-invested enterprises, recently introduced as a practical implementation of the new Foreign Investment Law (FIL).

Wang Jing & GH Law Firm can boast years of experience in the field of setting up foreign-invested companies in the People’s Republic of China, regularly assisting entrepreneurs from all over the world in local market penetration. We are pleased to share this article with our respected readers. Enjoy your reading.

On January 1st, 2020, the New Foreign Investment Law (FIL) officially came into force in the People’s Republic of China, bringing far-reaching changes to the regulatory framework that has governed foreign investment in China over the past few decades.
The FIL has initially established a level playing field between foreign and local investors, introducing a simplified approach for validating foreign investments and providing tools and guarantees to protect investors.
As is often the case with national legislative acts, the FIL only defines foreign investment’s general principles. The legislator has chosen to implement the more practical aspects later, thanks to ad hoc regulations, rules, and implementing measures at the provincial level. 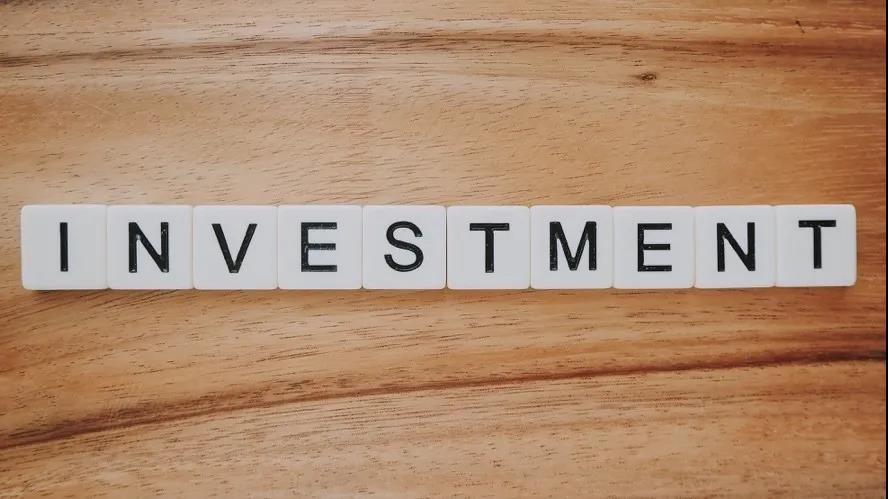 The latest effort in this direction is the Measures for Processing Complaints of Foreign-Invested Companies (MOFCOM Order No. 3 [2020]) (the Measures). After the release of the first draft in March 2020 by China’s Ministry of Commerce (MOFCOM), the Measures subsequently came into force on October 1st, repealing the previous Interim Measures for Processing Complaints of Foreign Invested Companies of 2006. Mr. Zong Changqing, director of the Department of Foreign Investment Administration of MOFCOM, referred to the new Measures’ issuance as a critical step to further encourage foreign investment, making it more stable and secure, despite the crashing halt in the globalisation process due to the Covid-19 pandemic. Thus, the Chinese government has sent a clear message of support and openness to foreign investment, demonstrating China’s determination and foresight to strengthen the protection of all investors’ rights and legitimate interests.
The new Measures rely on Article 26 of the Foreign Investment Law, which states that the State shall establish a complaint system for Foreign-Invested Enterprises (FIE) to address issues raised by them or their investors promptly. Suppose a FIE (or its investors) believes that an administrative act has infringed their rights or legitimate interests. In that case, they will be able to file a complaint, which does not preclude the possibility of applying for administrative review or appeal.
The Measures contain 33 articles divided into five chapters. Article 1 highlights the primary purpose of the Measures, namely:
01
Handling FIE’s complaints in a timely and appropriate manner;
02
Safeguarding FIE’s rights and legitimate interests;
03
Improving and encouraging foreign-invested businesses in China.

Other essential aspects contained in the Measures concern:
- The establishment of a pyramid-type complaints management mechanism;
- Broadening the scope of the subject of complaints;
- The creation of a practical and concrete system for complaints’ evaluation.
The new Measures are much more comprehensive and more precise than the previous version of 2006, especially regarding the procedures, responsibilities, and powers of the Agencies Handling Complaints (the Agencies). Agencies refer to MOFCOM and other departments or institutions designated by the provincial, local governments to accept FIE complaints.

Complaints introduced by the Measures (ex-art. 2) fall under the jurisdiction of these Agencies if:
1- FIEs or foreign investors suffer a violation of their rights or legitimate interests caused by an administrative body (including organisations authorised by-laws with the function of administering public affairs) and their staff members;
2- Suggestions are solicited from the State Council, Provincial Governments, Autonomous Region Governments, and the municipality to improve relevant policies and measures; and
3- The issue has a significant national or international impact and should be dealt with directly by MOFCOM. 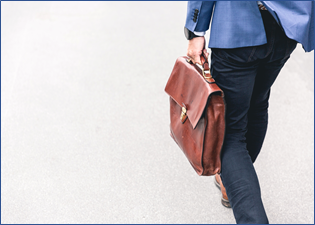 Furthermore, in response to the suggestions of various chambers of commerce and business associations in China to provide more protection, the Measures introduce the possibility that chambers of commerce and other associations can also file specific complaints to protect issues raised by their members.
The Agencies’ tasks and responsibilities must be carried out by the principles of fairness, impartiality, and legality. MOFCOM has also established a system of Inter-Ministerial Joint Committee, which is the highest oversight body and is responsible for coordinating and facilitating handling complaints at the central level and overseeing handling complaints at the regional level.

There are several possibilities for applicants to complain:

1. Directly on the spot of competent Agency;

5. Online by the application system.

Furthermore, it is clearly stated in the Measures that the applicant may entrust the complaint to a third party by submitting to the competent authorities a certificate of identity of the applicant, certification of the third party’s identity, Power of Attorney (POA) duly authenticated.

Article 14 of the Measures states that a complaint will be rejected if one of the following circumstances exists:

I. the applicant is not a foreign-invested enterprise or foreign investor;

II. the applicant applies for coordination to settle civil and commercial disputes with other natural persons, legal persons, or other organisations,

III. the complaint is not within the acceptable scope of the respective Agencies;

IV. The documentation in support of the complaint does not meet the requirements under Article 11 of the Measures (below);

V. the applicant forged or altered the evidence, or the complaint is unfounded;

VI. the complaint refiles a complaint to the same Agency without submitting any new evidence or legal basis;

VII. the same complaint matter has been accepted, or Agencies at a higher level have terminated the complaint handling process;


Article 11 of the Measures set out the essential elements that must be submitted in the complaint:

The complaint, along with all supporting documents, must be written in Chinese. Where there is relevant evidence or original documents in a foreign language, a translation must be submitted.

Article 13 of the Measures specifies that if the material supporting the complaint is incomplete, the Agency shall notify the complainant in a single written notice within seven working days of receipt of the complaint. The notice shall specify the material to be supplemented or the corrections to be made within the next 15 working days.

Foreign investors who are in the early stages of setting up their business are also guaranteed to benefit from the claim mechanism if they can demonstrate the effective implementation of their investment in China.

The Agency shall issue an opinion on the acceptance or rejection of the complaint within five working days. In the event of approval, the Agency shall assist the parties concerned to reach a settlement agreement, using the most appropriate method for managing the case in question. Generally, the Agency will coordinate with the parties involved, requesting:

Further information about the complaint;

Further (if any) documents, information, and explanations to the complainant;

To organise meetings inviting the parties to express their views and discuss possible solutions;

Opinions of professional experts in the matter concerned.

In turn, the parties must cooperate with the Agency; once the common ground is found, they will be required to sign a legally binding settlement agreement.

The complaint will be handled in the following ways:

I- Where the relevant Agency directly handles a complaint, it will issue an opinion on the complaint and reply to the complainant within 15 working days of accepting the complaint;

III- Where more than one complainant lodges a complaint against the same body regarding the same matter, the complaints may be consolidated. Where a complaint is lodged in connection with an issue that involves several departments and/or complex circumstances, the time limit for handling the complaint may be extended by 30 working days.

As in the ordinary justice system, if the complainant is not satisfied with the rejection of the complaint or how it has been resolved, they may appeal to the higher-level Agency. In such a case, the ‘second instance’ Agency will decide whether or not to accept the original complaint, assessing it following its own rules and legal frameworks.

Moreover, each Agency is required to submit monthly reports to its higher-level Agency, providing information such as:
-  Number of complaints received;
-  Information on how complaints were handled;
-  Information on how complaints were decided.
Subsequently, the National Complaints Centre will collect all the information mentioned above and any recommendations and suggestions issued by lower-level agencies and report back to the Inter-Ministerial Joint Committee.
Last but not least, as stated in  Article 39 of the FIL, during the complaint handling process, the Agencies or members of their staff are liable to legal action (including criminal liability), if:
- abuse their powers, or
- neglect their duties, or
- commit misconduct for their benefit by disclosing confidential information or breaching their duty of confidentiality.
Measures are intended to increase the protection of the rights of FIEs by introducing a new complaint mechanism. It operates more transparently and offers foreign investors the opportunity to directly inform the highest authorities of the issues they face, thus giving the latter the possibility to take appropriate action to bring about further improvements. It should also be noted that the Measures provide excellent protection for FIEs by providing not only for the protection of the complainant’s trade secrets but also for the protection of personal data obtained during the complaint assessment process. Despite the global economic slowdown, the Chinese government is continuing to work hard to facilitate foreign investment in the People’s Republic, breaking down the internal barriers that have hindered foreign companies’ development in the past.
Wang Jing & GH Law Firm has provided high quality and professional legal services to Chinese and foreign clients for many years. It is a benchmark legal firm in China in various legal practice areas such as international trade, foreign investment (FDI), intellectual property protection, internet and high technology, and dispute resolution. Please do not hesitate to contact us in case of need or for further information. 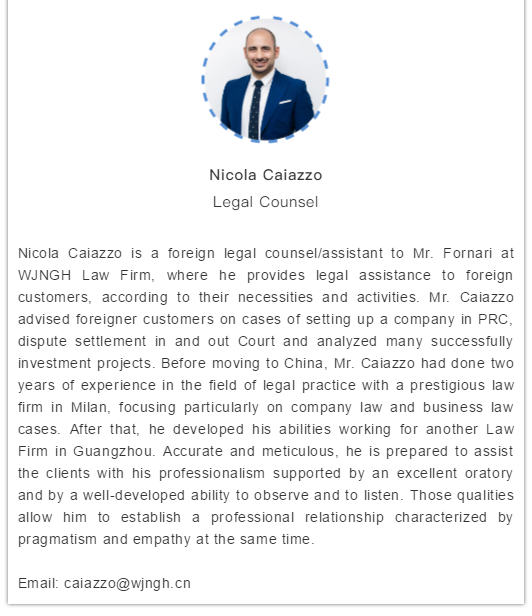